04 DECEMBER 2019 – Africa’s largest vendor neutral data centre, Teraco, has announced that, Lex Van Wyk, will step down as Chief Executive Officer, effective 1 January 2020. Van Wyk will be succeeded by Jan Hnizdo, who has been an Executive Director of Teraco since 2011, having initially joined Teraco in the position of Chief Financial Officer, and as Managing Director since early 2018.

As one of the founders of Teraco in 2008 and as CEO since 2013, van Wyk previously served as Managing Director. In this time, he has been instrumental in growing the business from its early stages as a start-up data centre in Cape Town to Africa’s largest data centre as it is known today. Van Wyk and his Teraco team also played a pivotal role during this time to change the South Africa telecommunications landscape. As the first vendor neutral data centre in Africa, Teraco also launched Africa’s largest internet exchange, NAPAfrica in 2012. This changed the way the African continent accessed content, while also making the Internet more easily available, and at a significantly reduced cost.

Since launching, Teraco has established itself as the largest provider of data centre colocation space in Africa with more than 50MW of available critical power load, 20 000m2 of built out colocation space and 16 000 interconnects between its ecosystem of carriers, content and cloud providers, outsourced service providers and key enterprise partners.

“It has been an honor for me to help build such a phenomenal business, but after 11 years, I feel that the timing is right to step aside,” says van Wyk.

Regarding Hnizdo’s new role as CEO, van Wyk notes, “this transition has been carefully planned over the last few years. The current management team is focused and stays in place with the same goals. Importantly, Jan has been an outstanding part of the leadership team and has played an integral role to Teraco’s success over the past nine years. During this period, we have grown revenues 20 times and Teraco has moved from start-up phase to the leading position that we enjoy today. Jan has a proven track record of delivering value to all stake holders within the Teraco community and is the natural succession to implement Teraco’s strategy for the market opportunities that lie ahead for Teraco.

Hnizdo says “we have built up an amazing company with an outstanding team of management and employees, delivering world-class services to our clients. There is a massive opportunity ahead for Teraco, especially given the evolving role that we play within Africa’s digital ecosystem and I am committed and excited to be leading Teraco along this growth path”.

Van Wyk will remain a shareholder in Teraco and will continue to serve on the Board in the capacity of non-executive Director. 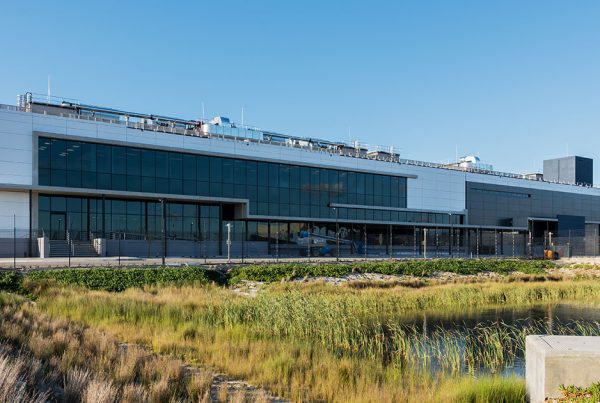